Beer is a fermented beverage made from the starches of plant material.[1] It is common (though more restrictive) to think of grain (usually malted) as the primary source of that starch material. Cereal grains are the dried fruit (caryopses) of the grass family, Poaceae (which includes gluten free grains such as millet, sorghum, corn and rice, as well as gluten containing grains like barley, wheat, and rye). 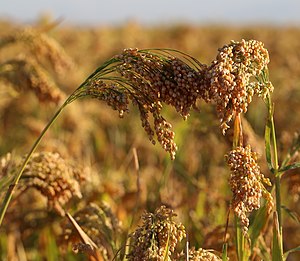 Millet is a major source of fermentable material for gluten free craft- and homebrewed beer providing similar flavor profiles to malted barley. Originating in China, millet has a long history in beer making in Asia and Africa. 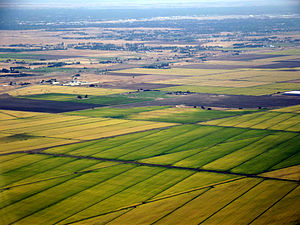 In spite of the name, buckwheat is unrelated to wheat and is naturally gluten-free. High in protein and beta glucan, often used to provide additional body and foam retention in gluten-free beers.

Oats can contribute a creamy or ‘silky’ mouthfeel to beer and can have both foam positive and negative effects. Historically they have been used to a limited degree as a brewing adjunct (in oatmeal stouts for example). In current conventional brewing oats are enjoying a resurgence of interest, especially for their haze and mouthfeel contributions to hazy and/or milkshake IPAs.

In gluten-free brewing there are some additional health considerations to be aware of. Oats do contain avenin, a protein related to proline in wheat and hordein in barley. This protein may trigger similar reactions in individuals with Celiac Disease. In Canada and the United States oats can be certified gluten-free (where growing conditions and processing steps have mitigated cross contamination risk from other grains, particularly wheat). In Australia and New Zealand, oats cannot be labeled gluten-free regardless of growing and processing conditions.[6] Noting uncertainty of testing, a 2015 Coeliac Australia position statement recommends that people with CD do not consume oats.[7]

A 2020 position statement by the Canadian Celiac Association supports the labeling of "gluten free" oats (where they are free from contamination by other gluten containing grains), but recommends that newly diagnosed CD patients should first be "stabilized" on a gluten free diet, allowing antibody levels to normalize before then considering adding oats back to the diet (in consultation with a dietitian and/or medical doctor).[8]

Sorghum is a grass in the Poaceae family, closely related to millet. It was initially domesticated in northeastern Africa with archaeological evidence dating back to 8,000 BC. The plant became widely grown across the African continent before moving to India, China, and eventually the western hemisphere in the 18th century.[9]

Sorghum Syrup that is available in the United States is manufactured by Briess. This syrup is made by cereal mashing unmalted millet and results in a product that can be serve as up to 100% of the fermentable sugars in a recipe. Briess indicates that it does not produce the syrup on dedicated gluten-free equipment, but does sources guaranteed gluten-free sorghum raw material, uses validated Clean-In-Place (CIP) processes with ATP test swabbing between manufacturing runs, and is tested for residual gluten content at a third party accredited lab.[10]

The carbohydrate composition of Briess sorghum syrup is:[11]

Much discussion has taken place around perceived off-flavors that sorghum imparts in a beer, however, some of the most critically-acclaimed and awarded beers in the industry are brewed with sorghum syrup as the primary fermentable ingredient.

There seems to be three main areas to be cautious about when using sorghum syrup in your beer.

There has been some discussion on the Zero Tolerance Facebook group about the inherent bitterness of sorghum extract. James Neumeister (Ground Breaker Brewing) suggests that brewers should account for the natural bitterness, estimating the equivalent of about 7 IBUs and keeping the focus on flavor and aroma hops rather than bittering.[12] There has been some scholarly research into phenol and condensed tannin impact on perceived sorghum astringency and bitterness,[13] one review paper noting that "sorghum is unique among the major cereals in that certain sorghum varieties contain significant levels of condensed tannin type polyphenols (≥1%) and that most types contain significant levels of flavonoids." Tannins in sorghum, according to the review paper, "can substantially inhibit malt amylase activity and reduce sugar production during mashing". [14] White sorghum has lower tannin levels than red sorghum.

Corn can be malted and various corn malts are available from at least two dedicated gluten free maltsters listed on the Resources page.

Corn is the primary fermentable in many traditional central and south American beers, notably chicha. Even after malting, corn can be difficult to mill. A corona mill is recommended over a roller mill, which can be damaged, or damage the person behind the mill when grinding corn.

Quinoa is a pseudocereal native to South America (Andes). It is naturally gluten-free and high in protein. Seeds are coated in bitter-tasting saponins that are usually removed during processing. While quinoa may not be a heavily utilised fermentable for GF brewing, it can be useful in either unmalted or malted form for mouthfeel and head retention.

Alcoholic beverages made solely or primarily from honey fall under the header of "mead" rather than beer. Honey is naturally gluten free and mead is an occasional topic on the Zero Tolerance Facebook group. Honey is mainly fructose (~38%) and glucose (~31%)[16] Given the simple sugar composition, honey usually does not contribute much body or residual sugar to a beer, and can sometimes be used to increase alcohol potential without the risk of residual sugar. With many different floral sources, there is a spectrum of honey flavors that range from very subtle to strong. Some of the subtle flavors and aromatics can be lost if used during the boil.